I've Got a Good Excuse This Time...

October 31, 2016
I know, I know, I haven't posted since August. I suuuuuuck. But this time, I've got a REALLY good excuse. Before I get to that though, let me share the song of the day:
I'm not a huge fan of either of them, it's the beat of this song that I'm feeling. I suspect if I start to read the lyrics I'll probably be turned off, such has been the case with some other Maluma songs. (Borro cassette anyone? Talk about a date rape song.) But this song has me bopping my head at my desk, so it's today's song of the day.

Speaking of work, after 2 years and about two months, I can officially say that the honeymoon phase is OVER! I still like my boss and enjoy working with her a million times better than the old guy I used to work for, but the people. God, the people. At my old job, the boss sucked, but even though he was a bastard, he somehow managed to attract good people, hard workers, some more than others, of course. But still, he had people who worked cuz they wanted to, even though he didn't deserve it or appreciate them. Here...it is a very different environment. VERY different.
We are a union employer, and that may be the reason why, but I do find myself struggling to work with people who don't do shit, basically. And haven't done shit for the 20+ years they've been here, so they sure as hell aren't going to start now. So even though my boss is great, some of the people I work with make it very, very difficult. I've reached the point where I wake up in the morning saying "Crap!" at the thought of having to go to work. Oh well. It was bound to happen.

I will hopefully be getting a break soon, around March because... 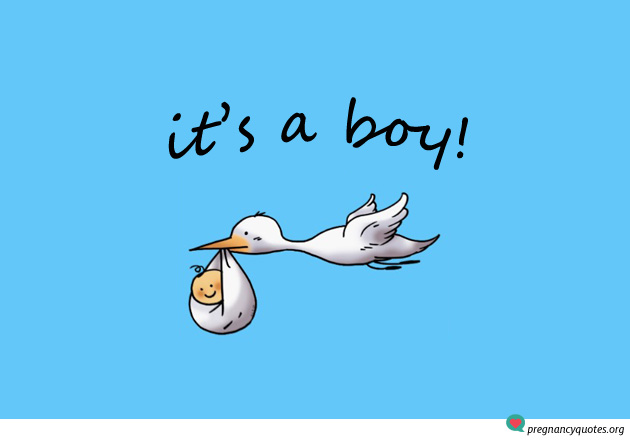 Whaaaaaaaat?! That's right, I'm knocked up! (told you I had a good excuse for my absence). I'm due in March, and so I shall hopefully get a couple of months away from this place to recharge my batteries, which I'm sure will be easy with a newborn, ha ha. So yup, we're having a baby boy. I'm still in complete shock. In the past, I considered bringing kids into this messed up world one of the most selfish acts a human being can do. And well...call me selfish, but honestly, I need something to give me hope for this dark ass place we live in. Humanity is shit, people lack mindfulness, they're selfish, don't care about others, and my only hope to survive in this world is to bring a little ray of sunshine in the shape of a babeh into my life. He gives me something to look forward to. Maybe one day when he's around my age, he'll hate my guts for bringing him into this messed up world, but for now, we're going to love the hell out of him so maybe he'll remember that more than the fact that he will have to deal with stupid people all his life. Sorry kid.

So pregnancy...that is something different. Nobody warns you about the stuff that goes on, but I shall do that now. It sucks. You lose control of your body and this little person inside of you dictates how much sleep you get, what you eat and how much, how you feel at any given moment, how many times you will go to the bathroom and just everything about your life. You control very, very little, which is a huge adjustment for me. The aches, pains, stretching and strange sensations can make you very, very cranky. Sometimes I can't stand myself.
My husband has been a God send, and I'm not just saying that here, I tell him that all the time. He's been awesome! He's definitely helped the process. Foot rubs, cooking dinner, stopping at the store to buy my cravings, you name it, he does it. I tell him if he keeps treating me like this, I'm going to get pregnant again as soon as this one pops out. He just smiles and tells me he has no problem with that. This is the man who stated he wants 6 kids...but I don't know about that.

So that's what's going on in my life. I can get into more details (first trimester, family's reactions etc.) in future posts but right now, my food coma is hitting me, so I have to go for a walk.

January 11, 2021
Hi Peanut! Happy 2021! I'm going to update my last post first, and then I'll go into explaining why it's been so long since I've posted. For once, I have a good excuse.  Your favorite things to watch on TV currently have varied. You're not as into the Spiderverse movie. Since we just passed the holiday season, you had us watch The Grinch a numerous amount of times. But just the first half, you never let us finish it. You had your favorite parts and once those were over, you were done and would fuss until we changed it. The cartoon Grinch, you didn't like other versions. Other than that, you enjoy watching Youtube Kids (we had to wean you off regular Youtube, because you always seemed to end up on the weird side of Youtube like toy crushing vids and stuff). So on Youtube Kids, you like watching a variety of things but mainly Morpheus, Marsha and the Bear and Pocoyo. Recently we caught you watching Blippi videos again, so perhaps you're bringing him back. You
Read more

August 20, 2019
Hi Peanut! I am documenting some notes that I can hopefully share one day with you, so you can get a glimpse into your child hood. My memory is atrocious, so I am using this method to keep track. Today is August 20th at 9:53am. I am at work, with stacks of work piled around me, but I am doing this instead. Don't judge me. This place does not appreciate all the work your momma does and so she has to take breaks for her own mental health. It takes your parents an hour + to commute here and 2 hours to return home. We do this because we moved before finding new jobs. For you, for grandma and grandpa, for the better, I hope. Anyhoo...currently you are 2 years, 5 months and 10 days old. Man, I'm getting emotional just thinking of how big you are. But that's not what this post is about. Just wanted to track little notes, so that I can share with you later. You are a cranky kid. Trantrums galore. You don't get your way or you're playing with something and it falls, o
Read more

As I mentioned before, we were blessed with three baby showers. They were hosted by my husband's job, my family and my job. This was an unexpected turn of events. I didn't think people liked me enough to throw me a shower at work, but they did. My husband's job had one for him first, it was really nice. They got us tons of stuff! They all really seem to love him, as they should because that man bends over backwards to be helpful. I don't do that, which is why I thought I wouldn't get one. This was my first time meeting his co-workers, and they were all really nice and we ate and played games, it was fun. My job threw one for me as well, a couple of weeks before my last day. It was really nice as well. We had games and cake and lots of nice presents. I felt really special at seeing how everyone contributed to my Peanut. I'm not always a fan of the people I work with, and I know I wasn't while pregnant due to my excessive crankiness, but it was touchin
Read more